In the early years of Queen Victoria’s reign the majority of England and Wales was subjected to a survey by officials acting on behalf of her government. Parliament had passed the Tithe Commutation Act 1836 to replace a system of tithes paid in kind with a monetary payment instead. All levels of society were captured in this study as the authorities struggled with what to do about the unpopular tithe payments on agricultural produce. This had seen a tenth of any profit made from crops, livestock, eggs and milk being payable mostly to the Established Church, but also to some lay people who were owners of the rights to the tithes that had previously belonged to the monasteries before they were dissolved.

Tithe Barns were established from the Middle Ages as a large farm building for storing the rents and tithes. Farmers were required to give one-tenth of their produce to the established Church and so they would take their tithes to these barns which were usually associated with the village church or rectory.

While not all the country was still subject to paying tithes by Victorian times, the majority of England and Wales had been at this time. The government recognised that it was a discredited duty and they wanted to introduce reform, for fear of unrest in the general population. Before they could do so, however, they had first to collect details of what people paid - and so all the owners and occupiers of land, still subject to tithes, were recorded between 1837 and the early 1850s. In many places the tithes were still being paid ‘in kind’ with a proportion of crops, or even livestock, having to be handed over to the church or the lay beneficiary. Some people begrudged paying a tax to secular landowners (known as lay impropriators) while people belonging to the nonconformist denominations resented paying money to the Church of England, as the Established Church. 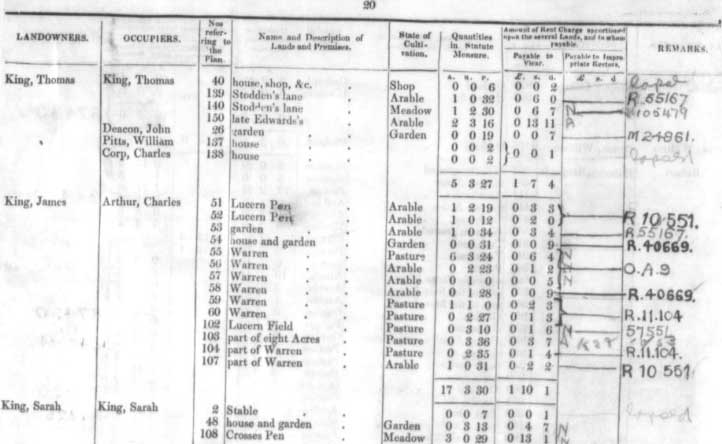 From a researcher’s point of view the tithe records provides us with a list of owners and, crucially, occupiers of land. With the accompanying maps we can also locate ancestors' plots of land from cottages and gardens, to farmland as well as huge estates. The survey was run from London by the Tithe Commissioners and it was to them that one copy of the apportionment books and the associated maps had to be sent. Three copies of each map and apportionment were made at the time with the original document being sent to the commissioners (and these are now held by The National Archives'); the second and third copies were deposited with the local diocesan registrar and the parish and so many of the latter copies will have been transferred to local archives.

The National Archives complete collection can be viewed online at The Genealogist. Search them by a parish or a person’s name. If you are searching by parish, enter the parish name in the ‘keyword’ field. You can also search for a plot number by including it with the parish.

While the original records are at The National Archives (TNA), for preservation reasons you will not be able to access the originals unless you need to consult any coloured annotations in the Remarks column of the apportionment, and so you will only be able to view the microfilm copies of the tithe apportionments onsite at Kew. 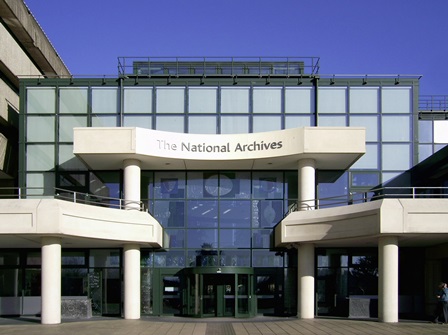